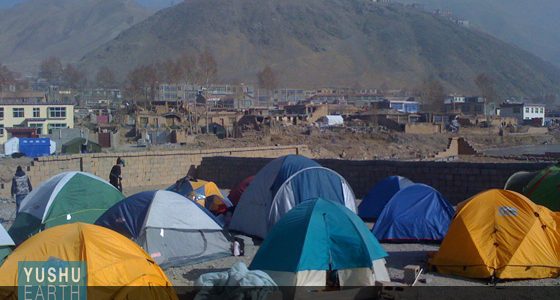 Plateau Perspectives initiated a rapid response, establishing a medical camp and providing immediate emergency care for over 1,200 people within two days of the earthquake that devastated Yushu on 14 April 2010. In later phases, basic household supplies as well as equipment for emergency response teams were purchased and distributed in Yushu by a team of volunteers from China and abroad.

Plateau Perspectives was requested by the government and foreign affairs office of Yushu prefecture to assist with medical relief after the earthquake. We set up a medical camp, recognised as one of the formal camps, and we staffed it with rotating medical teams – bringing international doctors from all over China. After the first advance team of 5 people including a paediatrician and a surgeon set up our camp and began to see patients, the second team came with experience of the Sichuan Earthquake. Then other teams followed along the same pattern. Our vehicles served as ambulances, with permission given to transfer patients to the army camp near the airport for evacuation. Donations came in and the camp ran until the government established tent hospitals and closed the peripheral medical camps. We had seen over 1100 people. 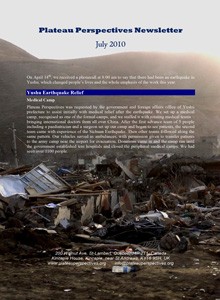 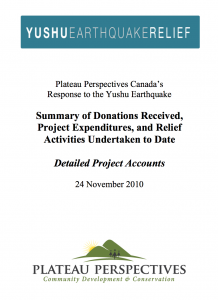